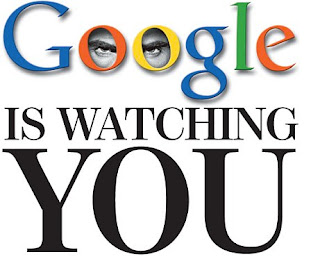 lol, they really do watch you!


Yesterday Google deactivated the advertising facility on this Google blog. This is most unfortunate as the proceeds generated were to be donated to the charity victims.org

This action has made me most suspicious about Google and its intentions, I now regard it as an anti-Protestant entity.

For centuries Christians have pondered how the events described in Rev 13 could ever come about, however, when we see the technology which is freely available today, it is no longer hard to imagine, is it?


Rev 13:11-18
11 And I beheld another beast coming up out of the earth; and he had two horns like a lamb, and he spake as a dragon.12 And he exerciseth all the power of the first beast before him, and causeth the earth and them which dwell therein to worship the first beast, whose deadly wound was healed.13 And he doeth great wonders, so that he maketh fire come down from heaven on the earth in the sight of men,14 And deceiveth them that dwell on the earth by the means of those miracles which he had power to do in the sight of the beast; saying to them that dwell on the earth, that they should make an image to the beast, which had the wound by a sword, and did live.15 And he had power to give life unto the image of the beast, that the image of the beast should both speak, and cause that as many as would not worship the image of the beast should be killed.16 And he causeth all, both small and great, rich and poor, free and bond, to receive a mark in their right hand, or in their foreheads:17 And that no man might buy or sell, save he that had the mark, or the name of the beast, or the number of his name. 18 Here is wisdom. Let him that hath understanding count the number of the beast: for it is the number of a man; and his number is Six hundred threescore and six.
Posted by SAM FLANAGAN at 11:17 No comments:

EVIL MEN AND SEDUCERS SHALL WAX WORSE AND WORSE 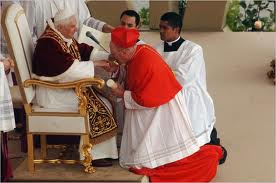 Brady grovels to the Antichrist

These guys who composed the hardcore hierarchal criminal structure of the Babylonian crime syndicate are so steeped in evil then cannot recognise when people show them kindness and charity.


The victimised individual is only asking Brady to resign, he is not demanding the full pound of flesh which he would be entitled to. For instance, he could be demanding Brady resign, face criminal prosecution and then go on to demand a full inquiry as to how the Babylonian crime bosses such as Brady have escaped prosecution for centuries!


All he wants is a simple resignation, yet he meets with all the arrogance and hardheartedness the Satanic Vatican criminal empire can muster!

2 Timothy 3:13
But evil men and seducers shall wax worse and worse, deceiving, and being deceived.

Posted by SAM FLANAGAN at 21:35 No comments:

WHO IS MORE LIKELY TO BE ATTACKED?

After reading this article, you can decide who is more likely to be attacked, Iran or the Israeli Re-settlers in Judea and Samaria? 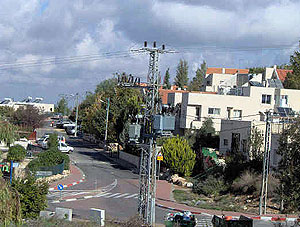 Re-settlements in Judea and Samaria


Mindboogling machinations are normal in Israeli politics, however the latest escapades are something special.  Israeli politics are so deceitful that the lowest form of Terrocratic lowlife from N.Ireland would feel quite at home there.


A few days ago Netanyahu was hinting at early elections, now he is forming a "historic" coalition. Watch carefully how the world`s MSM report the news. Here is a VBC report for example. 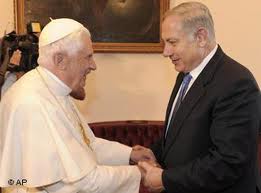 The Antichrist and Netanyahu


Here is a more realistic explanation of why Antichrist puppet abandoned election plans and formed a coalition. He fears the influence of the so-called "Right wingers" in his party. 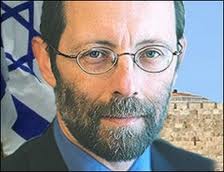 Will Israeli politicians be able to withstand worldwide pressure to divide the land of Israel?


Here is a sample of the political agitation which has been waged and is continuing to be waged.

"World Council of Churches" lol lol lol
Reprobates and Apostates to the core.


Every Reprobate and Apostate Religious establishment in the world has set it`s face against Israel. Just take a look at the long list of Apostates involved on past occasions, the link is here.

Just in case you are wondering why Christians in N.Ireland are so interested in events on Israel? The reason is very simple, Israel and the Jews will be center stage in world events, prior to the return of Christ.


The nations of the world will be harnessed by the Satanically controlled Antichrist to wipe Israel and the Jews of the face of the earth in future.


True Christians, are eagerly awaiting the appearance of at least two individuals who will not take the "Mark of the Beast" and who will be instrumental in causing convulsions throughout the world.
If you cannot understand this, you should beware, there is a good chance God has sent you "strong delusion."
2 Thessalonians 2:11And for this cause God shall send them strong delusion, that they should believe a lie:

By the way, if you think there is going to be a "battle of Armageddon" you are deluded, you would need to start looking at the Bible more closely!

Here is a description of two believers who we can be sure will not take "The Mark of the Beast!"

Rev 11:3-133 And I will give power unto my two witnesses, and they shall prophesy a thousand two hundred and threescore days, clothed in sackcloth.
4 These are the two olive trees, and the two candlesticks standing before the God of the earth.
5 And if any man will hurt them, fire proceedeth out of their mouth, and devoureth their enemies: and if any man will hurt them, he must in this manner be killed.
6 These have power to shut heaven, that it rain not in the days of their prophecy: and have power over waters to turn them to blood, and to smite the earth with all plagues, as often as they will.
7 And when they shall have finished their testimony, the beast that ascendeth out of the bottomless pit shall make war against them, and shall overcome them, and kill them.
8 And their dead bodies shall lie in the street of the great city, which spiritually is called Sodom and Egypt, where also our Lord was crucified.
9 And they of the people and kindreds and tongues and nations shall see their dead bodies three days and an half, and shall not suffer their dead bodies to be put in graves.
10 And they that dwell upon the earth shall rejoice over them, and make merry, and shall send gifts one to another; because these two prophets tormented them that dwelt on the earth.
11 And after three days and an half the spirit of life from God entered into them, and they stood upon their feet; and great fear fell upon them which saw them.
12 And they heard a great voice from heaven saying unto them, Come up hither. And they ascended up to heaven in a cloud; and their enemies beheld them.
13 And the same hour was there a great earthquake, and the tenth part of the city fell, and in the earthquake were slain of men seven thousand: and the remnant were affrighted, and gave glory to the God of heaven.
Posted by SAM FLANAGAN at 17:55 No comments: 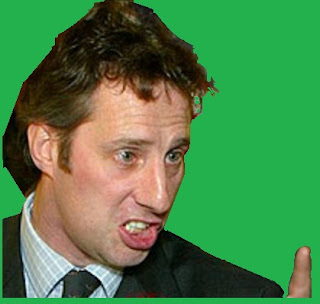 
He is supposed to have resigned from Pinkie Church membership some time ago, which means he can commit all the acts of treachery and Apostasy he likes for he knows he will receive no Church discipline from man!


It will not belong before he becomes a full blown Babylonian wafer worshipper I am sure.


2 Thessalonians 3:5-7
5 And the Lord direct your hearts into the love of God, and into the patient waiting for Christ.
6 Now we command you, brethren, in the name of our Lord Jesus Christ, that ye withdraw yourselves from every brother that walketh disorderly, and not after the tradition which he received of us.
7 For yourselves know how ye ought to follow us: for we behaved not ourselves disorderly among you;

Posted by SAM FLANAGAN at 16:42 No comments:

"UNIONISTS" HAVE REALLY BENEFITED FROM THE GFA??

The true nature of the "NEW" N. Ireland is graphically illustrated by this video clip. Naturally enough the "Human Rights" industry will fnd nothing wrong with this.


The Lundy politicians and their apparachiks seem quite happy with the situation as well.


What percentage of the "Unionist" community has benefited from the GFA?


The so-called "Community Realtions Council" is a laughing stock.


Apostasy brings about submission and subservience.  "Unionists" never had to endure situations as this when they largely rejected Babylonianism.


Leviticus 26:17
And I will set my face against you, and ye shall be slain before your enemies: they that hate you shall reign over you; and ye shall flee when none pursueth you.

Posted by SAM FLANAGAN at 18:08 No comments:

WHY WOULD A MSM PAPER BUY PICTURES AND NEVER USE THEM? 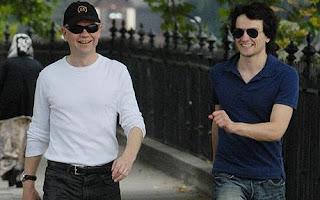 This will give you a good laugh. You can draw your own conclusions about the content. The full story is from the "HACKED OFF" website


The excerpt below is a sample of the article.

"A political blogger has made a series of allegations against politicians, journalists and editors this afternoon.

Staines said he sold a series of photographs of Foreign Secretary William Hague’s special advisor Chris Myers in a gay bar to the News of the World, after publishing a story on Hague sharing a hotel room with his advisor Myers in 2010.

He said the pictures, which were never published, were bought by the paper for £20,000."

Proverbs 12:5
The thoughts of the righteous are right: but the counsels of the wicked are deceit.
Posted by SAM FLANAGAN at 17:35 No comments:

WHY DID THEY NOT BRING THE MATTER UP WHEN THEY MET BRADY IN 2006? 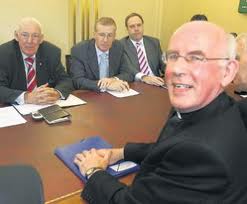 Jim Lundy demands police inquiry into the Antichrist`s apparachik Sean Brady.  You don`t need to rack your brains to come to a conclusion why all the paedo priests were shifted about and not reported to the police. They knew too much about all the other priests and all the other historical cover ups.


The abuse of children did not start in the 1960`s, this has been going on for centuries. The Roman Catholic Church is a vast worldwide criminal enterprise1


One hundred years ago, the Protestants in the Northern counties of Ireland knew what they were doing when the declared, "Home Rule, is Rome Rule!" and they have been proved right in rejecting it.


The sad thing today is the large amount of gullible buffoons who call themselves "Protestants" and who think Romanism is actually Christian.


2 Corinthians 6:17
Wherefore come out from among them, and be ye separate, saith the Lord, and touch not the unclean thing; and I will receive you.

Revelation 18:2
And he cried mightily with a strong voice, saying, Babylon the great is fallen, is fallen, and is become the habitation of devils, and the hold of every foul spirit, and a cage of every unclean and hateful bird.
Posted by SAM FLANAGAN at 18:07 No comments:

THE LINK BELOW IS NOW A BACK UP SITE, so it is. THE OTHER LINKS ARE NOVELS.

SEARCH THIS BLOG. IT SEEMS THIS GADGET DOES NOT ALWAYS WORK.